Hi everyone, it’s Cheryl here, and today I want to show you my latest creation. You’ve no doubt seen all the wonderful creations the other design team members have been making recently using the Couture Creations Clear Casting Resin kit.

I thought it was time I pulled out my apron and rubber gloves, and did some creating of my own. Being completely new to resin, I did a little research on YouTube, as well as asking around. I saw one YouTuber using bubble wrap for a totally different look, and decided to give it a go myself. 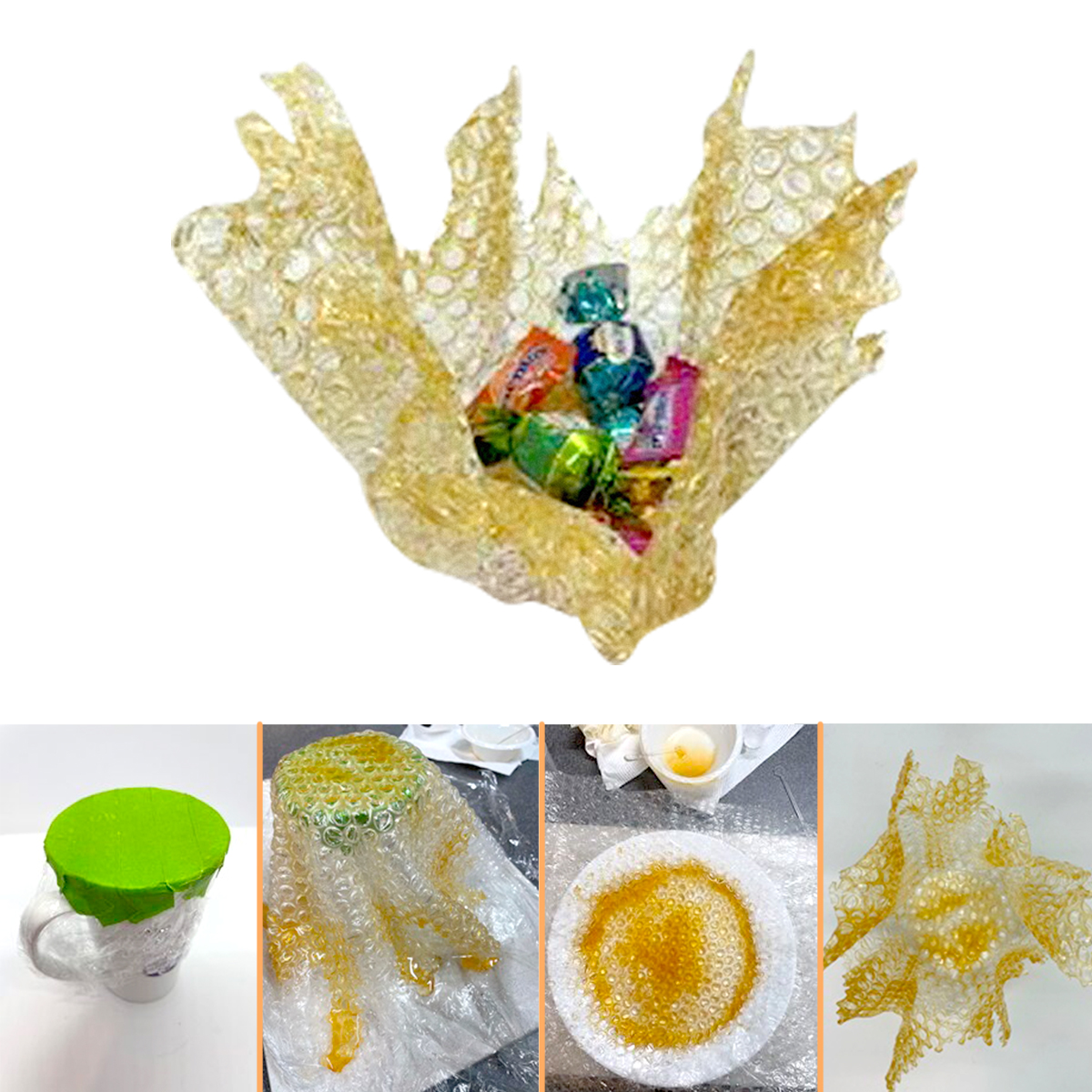 Using the measuring cups supplied in the kit (30mls), I poured two measuring cups of each part into a larger plastic bowl (you can see part of it in the last photo) and stirred until the two parts were thoroughly mixed. I then poured that over the bubble wrap, ensuring it was spread all over the plate area. Once that was done, I made up a new mix of the resin, using half as much as before, so one cup of each part. I poured that into the same bowl I used previously, again ensuring it was well mixed, then gradually added around 8-10 drops of the alcohol ink from the “Coral” Alcohol Ink Stayz in Place Ink Pad set.

This amount will depend on how deep you want the colour. I then poured the coloured resin through the previous mixture, swirling the colour through until I was happy with the pattern. Now comes the boring part. Walk away and let it set. ***It is going to depend on the temperature of the room as to how long it takes. It was quite cold on the day I made this, and the heater was blaring away. I was told it would only take a little over an hour to be ready to use, but it took around two hours.

While I waited, I had to work out what to use to shape my bowl. I decided on a mug, but wanted something with a decent sized opening for the base. I covered most of the cup with plastic wrap, then took some painters tape, and secured the entiring opening. The last thing I wanted was for the base to collapse inside the mug. You really do need some patience for this part. I kept going back around every 10-15 minutes once it hit the hour, but it was far from ready. Finally after two hours, I decided it was set enough to put it on the mug for the shaping.

If the resin is cascading quickly down the bubble wrap, it’s not set enough for this part. If there are only slow drips, then it’s likely ready. In hindsight, I would have waited another 15 minutes or so, but it wasn’t too bad.

After this point, I left it sitting on the bowl overnight, however, it was still quite flexible, and the sides did dip sideways considerably, so I put it back over the mug again and left it for another 24 hours, after which time it was solid and ready for me to remove the bubble wrap. This is a little tedious, but fairly easy to do.

Because of the nature of bubble wrap, you may have some sharp edges but you should be able to cut them off with strong scissors. You will also need to cut off any ‘blobs’ that might have formed around the top when it was setting. You can see the final result below. I am pretty happy with it – especially for a first attempt!

Thanks for stopping by today. I hope you enjoyed my creation!